After two weeks of nationwide voting, the University Medical Center of El Paso was named Grand Prize Winner of the 2016 Pink Glove Dance Video Contest on national television in front of millions of viewers.

The winning of the contest comes after UMC amassed 18,276 votes for its video featuring its Associates, community volunteers, El Paso Police Department, El Paso Fire Department, and many more groups, families and supporters.

Medline, the company sponsoring the donation for the contest, presented a check for $15,000 to UMC Foundation to support the Sobreviviendo el Cancer de Seno program, a charitable program with a mission of helping victims of breast cancer. 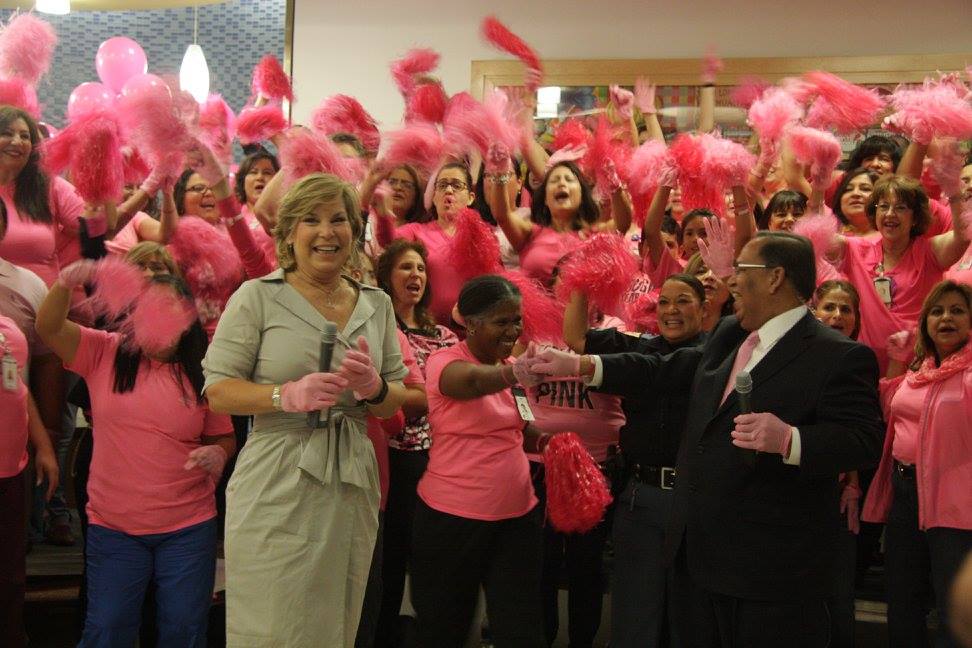 “Winning the Medline Pink Glove Dance Competition is a victory for all of El Paso, especially those many women in our community affected by breast cancer," said Jacob Cintron, President and CEO of University Medical Center of El Paso. "From inception to completion of our video, volunteer support from throughout our hospital and community poured in to create a message of hope and encouragement. We are confident there will come a day when a cure will be found and contests such as these will not be needed. Until then, however, we are honored to have taken another step toward that eventual victory through this wonderful and generous contest."