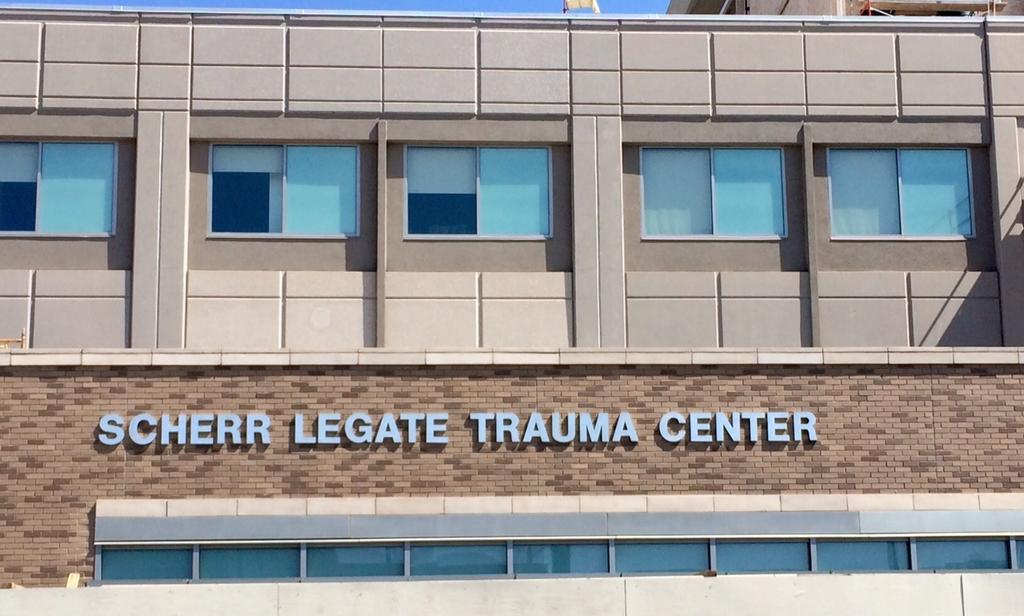 Attorneys James F. Scherr and Sam Legate, made a $1 million dollar gift in early 2014 to name the UMC Level 1 Trauma Center, now known as the Scherr Legate Trauma Center. The gift will be used for medical equipment and surgical instrumentation.

A third generation El Pasoan, Jim cites his grandfather as a visionary who believed in the future of this community enough to purchase large tracts of land that included Fabens and significant areas of the Upper Valley. Jim has served three terms on City Council and is a successful trial lawyer who has tried more than 200 cases.

Born in Austin, El Paso resident, Sam Legate, has been recognized as a Texas Super Lawyer every year since 2006. As a member of the Board of Directors of the El Paso Downtown Management District since 1977, Sam is dedicated to his service as a former member of El Paso County Hospital District Board and Founding Director of El Paso Children's Hospital Board since 2007, serving as chairman from 2008 to the present. Sam and his wife, Barbara, both were instrumental in establishing the El Paso Children's Hospital.

A collaborative gift effort by the entire Scherr Legate Firm, most of the attorneys were born and raised in the El Paso area and appreciate its culture and diversity and understand El Paso's unique border community.

The only verified Level 1 Trauma Center in West Texas and Southern New Mexico within a 280-mile radius, the Scherr Legate Trauma Center continues a long history of providing care to critically-injured trauma patients by:

The American Trauma Society notes how dire is the first hour after a patient's injury - known as "the golden hour" - because it is the most critical time for the determination as to whether the patient will live or die.